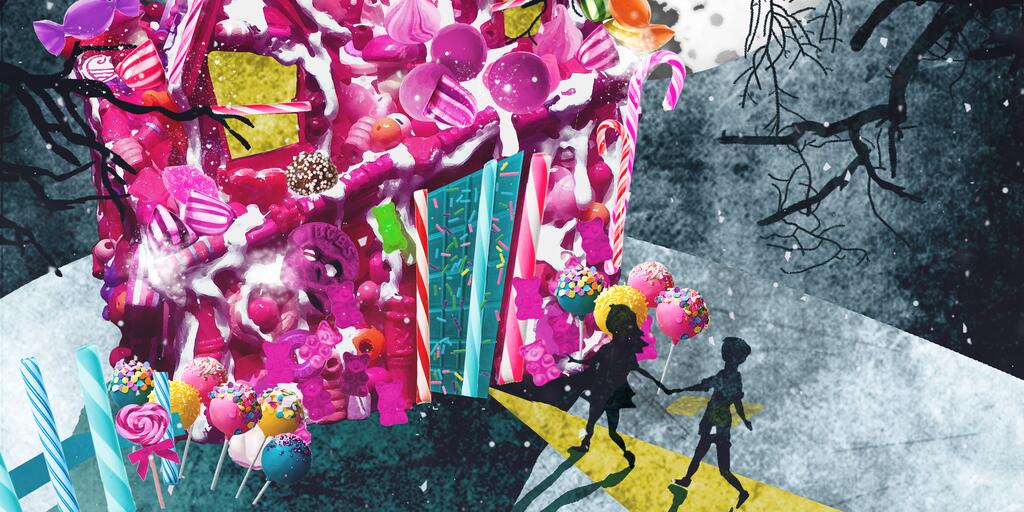 It gets spooky as Mom and Dad decide to let their children into the wood to die, because they no longer can afford to feed them. It becomes even more scary when a decoy pigeon lures the children into the house of the evil witch.

The famous fairy tale of “Hansel and Gretel” has enthralled children of all ages for centuries, and continues to do so. This means most people will know the story of the young brother and his elder sister, but you still don’t know how it is done in this grand Hålogaland Teater production. Certainly you will recognize the adventure, but the woods have become deeper and darker, and the witch is more dismal and sombre than ever. Her house is more tempting and candy-covered that you could imagine. Under all the lingers the delightful humor of the  Grimm Brothers.

In addition, Stefan Johansson has composed new music and sic new songs are featured in the show. On stage we meet Trude Øines as Gretel, Jørn-Bjørn Fuller Gee as Hansel. Ida Løken Valkeapää is the Witch/Mother and Marius Lien is the Father/Pigeon/The House.