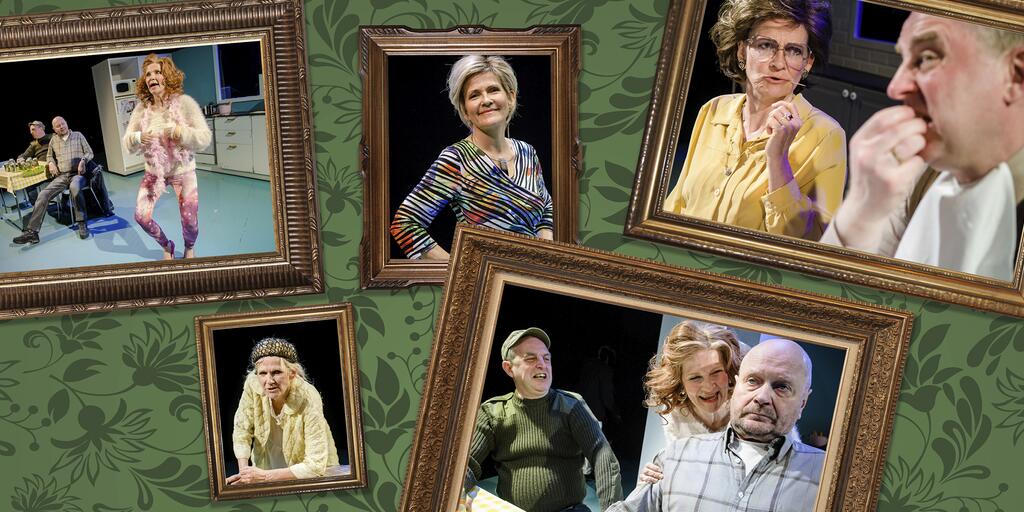 Meet actress Guri Johnson as she, through her four characters, tackles a number of husbands and male companions vivified by actors Kristian Figenshow and John Sigurd Kristensen in the renowned comedy “Twigs”, by George Furth.

The three distinguished actors give life to twelve different characters, and Guri Johnson plays all three sister – and the mother. In this warm and witty comedy we meet the “Whole Damned Family”, as the show is labelled in Norwegian. In this family gallery we get to know a deceased husband, a semi-deaf brother-in-law, the sternly pious grandparents, some greedy sisters-in-law, the owner of a moving company, a catholic priest, Doctor Krohn the psychiatrist and several neighbours.

Life has treated the three sisters quite differently. Ebba is about to move into her new apartment in a fancy neighbourhood in Tromsø. Ellinor spends her life with her redneck ex-military husband and Elise is about to celebrate her silver wedding anniversary with her husband. The common denominator for all sisters is that they all fear becoming like their mother. However, at the end when we meet the Mother, it becomes evident that the apple didn’t move far from the stem, as ol’ Papa phrases it.